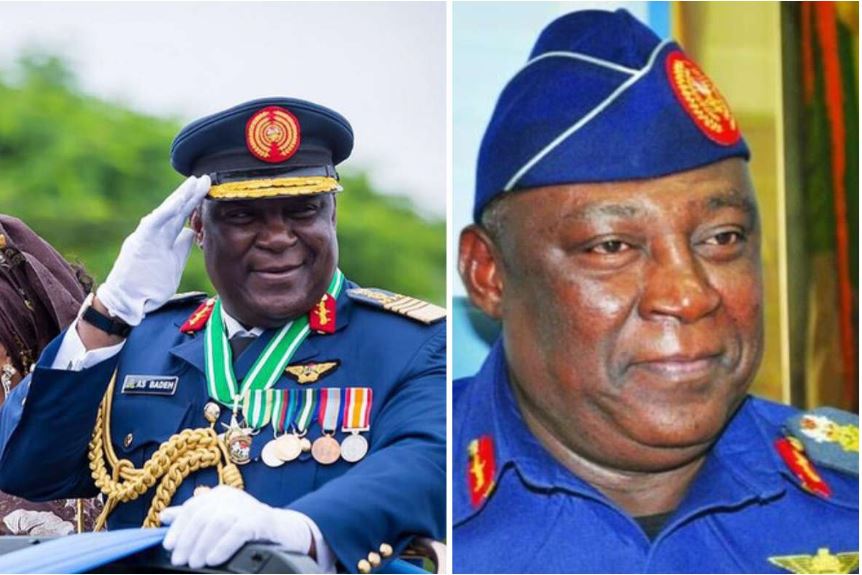 Alex Badeh’s killers have revealed how they plotted the death of the ex-Chief of Defence Staff, Abuja-Keffi Expressway.

Badeh was assassinated on December 18, 2018, along Abuja-Keffi Expressway by some gunmen on the way from his farm. Badeh’s driver was also shot and his friend, who was also in the vehicle, was kidnapped by the gang.

One of the five suspected killers of the ex-Chief of Defence Staff, Air Vice Marshal Alex Badeh, has revealed his role in the murder.

The suspect, 25-year-old Shuaibu Rabi, a native of Bade area of Kaduna State, said he got N25,000 out of the money they stole from the late Badeh’s car.

Detectives from the Inspector General of Police Intelligence Response Team (IRT) have revealed that the killers of the former Chief of Defence Staff, Air Vice-Marshal Alex Badeh, used a Dane gun.

The arrested suspects had confessed to killing the retired military officer in order to dispossess him of money he supposedly wanted to use to buy farmland in the Panda area of Nasarawa State.

Rabi, Yahaha, Maube, Aliyu Usman, aka Ciroma, and Ibrahim Abdulahi have been arrested by operatives of the Inspector-General of Police Intelligence Response Team, in relation to the crime.

Confessing on how they planned the attack on Alex Badeh, Ciroma said:

There was a day I went to meet a man called Maube, who lives in Kare, close to Panda area of Nasarawa State. He told me that there was a rich man who had a farm in his area and he would need some boys to rob the man. “I contacted one Shuiabu who I met in Gitata Market and told him about the plan and he got interested and brought in his brother, Yahaya. “I took their numbers, and three days later, Maube called me and said that the rich man was in his farm on that day, saying that I should call my boys. I called Shuiabu and told him that the man was on ground and Shuiabu brought two persons: Yahaya and Baso.

“They met me at Gitata and Maube called me and said that the rich man had left the farm and was driving through Panda Road. Maube took a motorcycle and followed the rich man behind while I and six others, namely Alhaji Lamido, Galma, Rabo, Shuiabu, Yahaya and Baso, waited for the man at Zomgo area of the state, close to Buratai’s farm.

“Then Abdulahi, who was carrying Alhaji Maube on his bike, brought two guns to us and pointed the vehicle to us, and we came outside and waylaid it.

“We had four Ak-47 rifles in that operation. I brought two Ak-47 rifles and a single-barrel Dane gun. I got one of the Ak-47 rifles from a friend known as Rontumi and another from Rugumi.

The Dane gun belongs to me, and we entered the road and blocked the man’s convoy. I don’t know who among us fired the shot that killed him because three persons fired. “I went to the man’s car, opened it and found money in it. I gave the money to Ibrahim Abdulahi and asked him to give the money to Maube. It was the next day that we knew that the person we killed was a four-star general. I don’t know the amount that was in that bag because it was with Maube.”

Cosmic Energy! American Rapper Cardi B in a Futuristic Sheer Dress that Has Everyone Talking

"...make sure you are perfect"-Okupe's Son Bolu Reacts After Coming Out as Being Gay

Tragic! Man Dies Behind the Steering Wheel Along Magodo, CMD in Lagos

Black or Orange? Either Way Ebuka Brings the Heat in these Outfits by Orange Culture