President Muhammadu Buhari and Vice Yemi Osinbajo has been presented with a new 10-year International passport for diplomats by the Nigeria Immigration service.

The passports were presented by the Minister of Interior, Abdulrahman Dambazau, and the Comptroller General of Nigeria Immigration Service, Mohammed Babandede.

Officials of NIS had earlier captured the biometrics of the president and the vice president shortly before the commencement of an extraordinary meeting of the Federal Executive Council inside the council chamber of the presidential villa.

Apart from the 10-year validity, the new passport, according to the NIS has enhanced security and is ”weather friendly”. 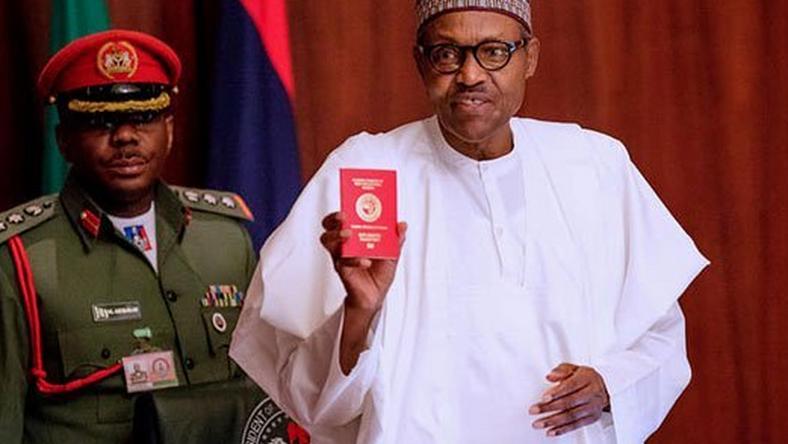 The Immigration Service said the new passport has polycarbonate technology that eliminates damage and that it now saves Nigerians in diaspora the time needed to frequently visit Nigerian embassies for new passports.

Speaking with Channels Television, he said “ten years after the enrollment of the e-passport system, we need to improve the security features”.

“You can’t keep documents for 10 years without seeing decreased values in them, so we are improving the security features which would raise the standards of the passports,” he said.

Adele Announces That Her Next Alum Will Be Released In September

Emir Of Kano, Sanusi Lamido Cautions The North To Change Or Risk Destruction