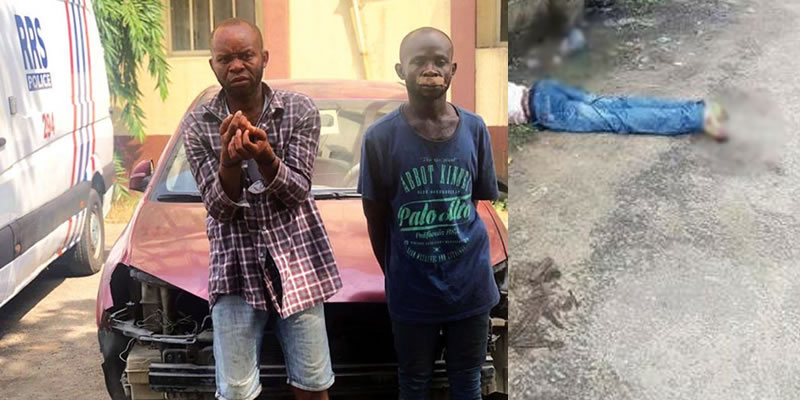 Two of five suspected killers of an Uber driver, Sunday Obasi, murdered on February 1, have been arrested by operatives of the Lagos State Rapid Response Squad (RRS).

The suspects, Humble Peter-Robert, 33, and Gideon Achibong, 36, were nabbed on February 4, at Aboki Estate, Lekki, three days after they allegedly committed the murder.

The suspects and others identified as Emma, David and Dolapo were alleged to have killed the driver about 11pm while he was taking them to Ikate.

They were said to have flagged down the driver, who was in his Hyundai Elantra car with registration number EPE676EC. He billed them N1,000.

But midway into the journey, the suspects told the driver to park, saying they wanted to urinate. As soon as he obliged them, they hit him with a stone and killed him. They threw his body off the vehicle and drove away.

It was learnt that the suspects went to Aboki Estate where they dismembered the vehicle and wanted to sell its parts to a scrap dealer when they were caught. 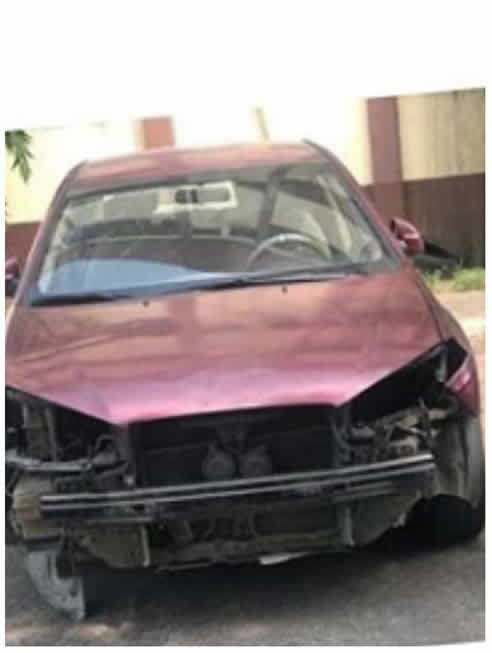 Peter-Robert, an ex-convict, confessed that they hit the driver with stones, despite his pleas that he was not feeling well.

He said they planned to steal and sell the vehicle, adding that they had to swap the number plate of the deceased’s car with that of a Volkswagen Passat on Beach Road, Lekki, where they hid the stolen vehicle for two days.

Peter-Robert said: “I was sitting in front of the car with the driver. We seized and hit him with stones several times. He complained that he was ill. We pushed him off the car, a wine colour Hyundai Elantra, and went away with the vehicle.

“On the Beach Road where we parked the car, we swapped its number plate with that of a Volkswagen Passat car (FKJ 708 CA) parked close to it. We left it for two days hoping to contact a buyer. 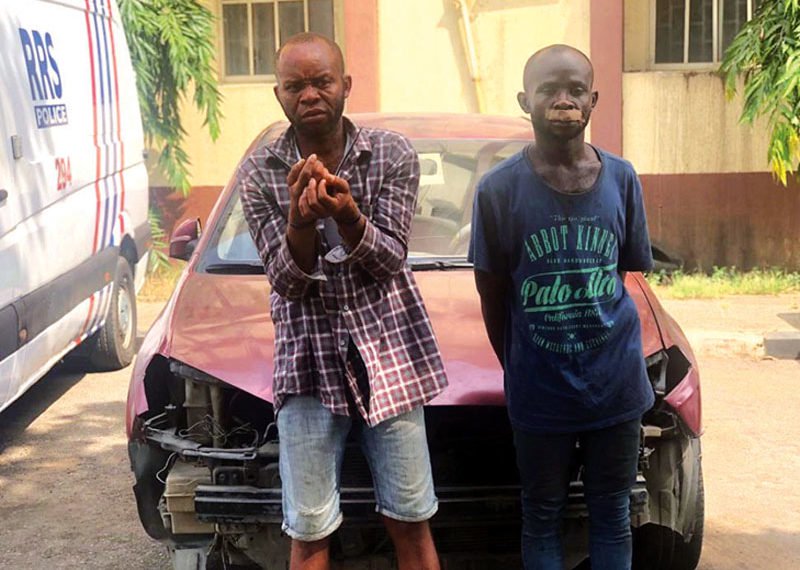 “Emma, also an UBER driver, is our leader. He noticed that the driver was operating offline and he decided that we should steal the car from him. The following day when one of us visited the scene where we stole the car, he noticed the man’s remains were already in police body bag.

“We contacted Archibong to assist us in disposing of the car. The buyers we invited indicated that they could only buy the car parts. It was in the process of dismantling the car that RRS patrol vehicle spotted us and arrested two of us. Emma, Dolapo and David are on the run.”

Confirming the incident, police spokesman Chike Oti said investigations were on to arrest other suspects.

Cryptocurrency Ban: It is for the Best Interest of Nigeria, CBN Gov. Emefiele Tells Senate…

Senate Confirms the Appointment of Former Service Chiefs as Ambassadors

BREAKING: Abdulrasheed Bawa'S Appointment as EFCC Chairman Has Been Confirmed by Senate

What Nancy Isime Wore to Host the 14th Headies Awards! Which Look is Your Favourite?