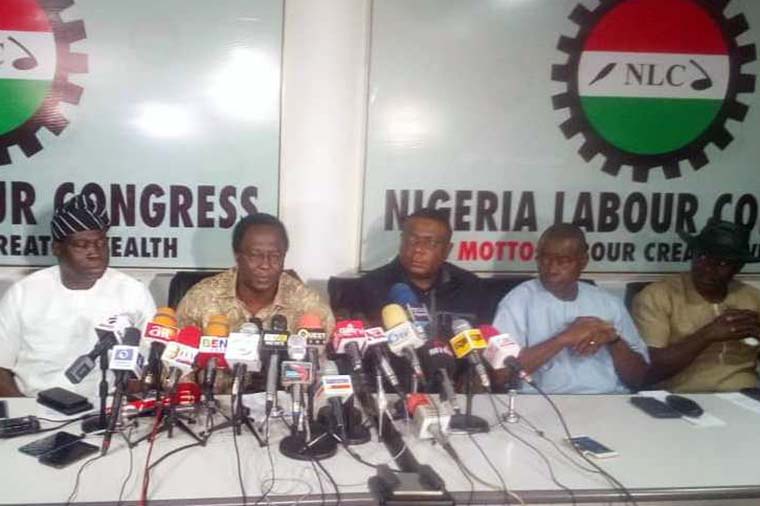 The Nigeria Labour Congress has said the plight of pensioners has not been ignored in the negotiation on new minimum wage between the union and the Federal Government.

The Federal Government’s delegation will meet the leaders of labour unions on Monday (today) at the Ministry of Labour and Employment, with the Minister of Labour, Dr Chris Ngige, presiding. The parties met for seven hours on Friday but it was inconclusive and both parties agreed to adjourn until Monday.

In an exclusive interview with the General Secretary of the union, Peter Ozo-Eson, said, “Although the tripartite committee was set up to discuss a new minimum wage, the committee liberally made a recommendation that the government needed to look at the possibility of instituting a minimum pension. The committee could not have worked that out and say this is the amount that should be paid to pensioners because it is not within its terms of preference.

The NLC spokesman added that Federal Government were four years behind in the remittance of pension fund to a bond which existed before the new pension scheme was instituted, noting that the NLC had confronted the FG over the issue and taken the matter to the National Assembly.

He said, “To start with, the Pension Act 2014 as amended clearly deals with those issues (of remittance). It is a law that imposes penalty for such thing. But who enforces the law? It is the government. If a company takes workers’ money through deduction, it is supposed to add its own and transmit it (to relevant pension agency). If you prosecute some companies and make examples of them, using the prescription in the law, people will start doing the right thing.

“From the beginning, state governments were not part of the contributory pension. Some have now agreed with their workers and come on board so many of the states that have joined did so not too long back.”