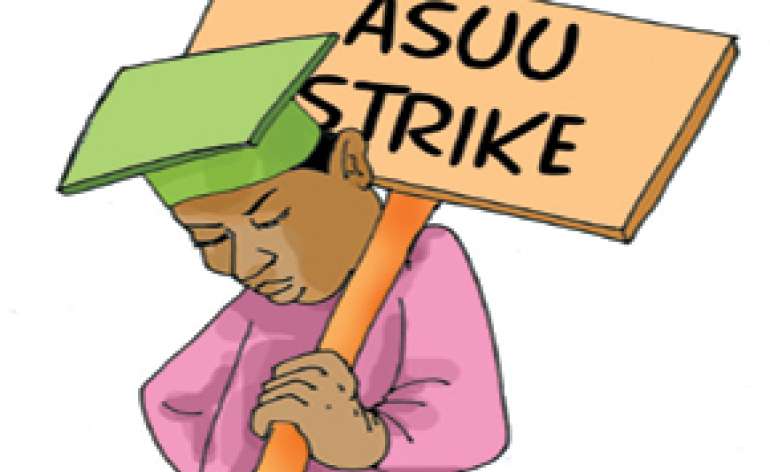 The National Association of Nigerian Students (NANS) has issued a two weeks ultimatum to the federal government and Academic Staff Union of Universities (ASUU) to end the lecturers’ strike or be ready for confrontation.

This was contained in a statement signed by the association’s president, Danielson Akpan.

According to THEWILL ASUU commenced its strike on November 4 after the lecturers accused the federal government of not implementing previous agreements.

ASUU has had several meetings with the federal government but both parties have been unable to reach a consensus.

“The leadership of the National Association of Nigerian Students (NANS), after a holistic critique of the lingering industrial actions embarked upon by the academic staff of our tertiary institution has issued a TWO WEEKS ULTIMATUM to both the FG and ASUU to call off the lingering strike or face the full wrath of angry Nigerian students,” Akpan said.

“To our greatest consternation, the Academic Staff Union of Universities has resisted vehemently, the idea of having students’ representatives during these meetings and rather, called for closed door meetings between the Federal Ministry of Education and the leaders of the Union.

“And the FG has agreed that we observe the negotiations, hence, we’re at the receiving end. We are worried and (are asking) – what is ASUU hiding? ”

The union leader said the strike has affected students academics, the accumulating cost of accommodation and could disenfranchise students from participating in the 2019 general elections.

He threatened a mass protest across the country and the mobilisation of 100,000 students for a protest in Abuja.

“They must be ready to pay back monetary compensations to Nigerian students from their salaries that continue to count even when they are not working at all, at our detriment,” he added

“We are determined to carry out these actions to the fullest, if our campuses are not reopened at the expiration of this ultimatum. We therefore urge the FG and ASUU not to test our resolve as Nigerian students have been patient and (have been) taken for granted for far too long,” Akpan said.

Nigeria Looking To Reciprocate Visa Ban & Travel Restrictions On US, Others

Global Coronavirus Cases Exceeds 20 Million As WHO Warns Against Despair