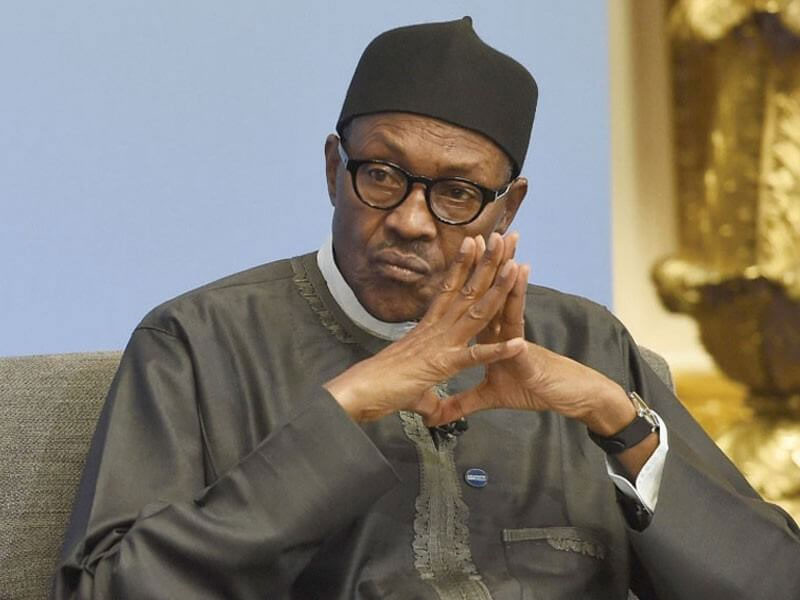 A pro- Democracy and Non Governmental organisation, Human Rights Writers Association of Nigeria HURIWA, has warned President Muhammadu Buhari that unless he reins in his belicose and careless talking ministers, the nation may be thrown into turmoils before, during or after the forthcoming elections.

HURIWA listed the ruling party’s top officials and some APC senators as agents of war who were pushing Nigeria to the precipice of irreversible civil war.

HURIWA, in a statement made available to Daily Post, “specifically condemned the deployment of hate speeches by the ministers of Transport and Information Mr Rotimi Chibuike Amaechi and Lai Mohammed, the National Chairman of All Progressives Congress(APC) Mr Adams Oshiomhole, Ex-governor of Akwa Ibom state and decampee Senator Godswill Akpabio and the Media Assistants to the President, targeting prominent opposition politicians such as the Presidential flagbearer of the main opposition political party, Peoples Democratic party (PDP) Atiku Abubakar and other members of the PDP such as Senator Dino Melaye and Dr Doyin Okupe who are working for the election of their candidate and former Vice President.”

HURIWA also condemned the arrests and arbitrary detentions by EFCC and Police of those opposition politicians who have been slammed with trumped up charges.

The association condemned “Buhari’s administration for running illegal political prisons under some law enforcement institutions such as DSS and Nigeria Police force.”

HURIWA lamented that “the ruling APC has decided to abuse their privileged positions by using the law enforcement agencies such as the Nigeria Police force; DSS and the EFCC as attack dogs to frame up major political opponents belonging to the PDP including Atiku Abubakar who has just been slammed with a phantom allegation of playing a role in the collapse over a decade and half ago of the Bank PHB which was a private business enterprise.

It added, “HURIWA expressed disapoointment that whereas indicted erstwhilst officials including former governors produced by the Peoples Democratic party with serial graft allegations hitherto hanging on their necks like the sword of Damocles have had those damaging allegations of theft of billions of Dollars belonging to their States pardoned since they hurriedly joined the APC, the EFCC and of late the Code of Conduct Bureau and Tribunals have become agencies for politically motivated media trials and evil plots.”

HURIWA lamented that “Oshiomhole had during the weekend in Edo State whilst welcoming some defectors from the former ruling Peoples Democratic party to the current ruling All Progressives Congress confirmed that APC is a refuge whereby any member of the opposition PDP that cross carpets into their fold would have all their graft allegations pardoned by President Muhammadu Buhari.”

HURIWA said “the fact that President Muhammadu Buhari has maintained conspiratorial silence to the open criminalisation of members of the PDP by the National Chairman of APC and his confirmation that members of the PDP with cases of fraud who joined their fold would enjoy Presidential pardon shows that the Federal government is simply playing to the gallery by making bogus claims of waging war against corruption and Economic Crimes whereas what is at play is simply choreographed attacks targeted political opponents of APC.”

It “specifically averred that Oshiomhole, urged members of the opposition party to join the APC so that their sins could be forgiven.”

HURIWA quoted Oshiomhole as “making the disclosure during the the APC rally in Benin, the Edo State capital, on Thursday while receiving some members of the Peoples Democratic Party into the APC during the rally just as he stated thus: ‘We have some PDP defectors. They are, Henry Tenebe, Iluobe. Iluobe means I have done something wrong. Yes, once you join the APC, your sins are forgiven.’”

It regretted “that the EFCC which received from prominent Edo state citizens copious petitions with extensive evidence allegedly linking Oshiomhole of heist of multiblion Dollars belonging to Edo state people when he served for eight years as governor but instead the EFCC failed to activate its investigative mechanisms and when the petitioners headed to the Federal High Court to seek for mandamus to compel the EFCC to arrest, investigate and prosecute Adams Oshiomhole over those explosive crimes the same EFCC opposed the application of these petitioners for a Mandamus to compel it to do her work.”

The group warned President Buhari that these atrocious acts of double standards by the law enforcement agents under his command and control is driving Nigeria to the precipice of anarchy and doom just as the group accused the cabinet ministers aforementioned of deliberately spreading hate filled accusations against President Muhammadu Buhari’s political opposition members as a way of instigating civil turmoils which may hamper and undermine the smooth conduct of the February and March General elections.”

HURIWA has “therefore resolved to petition World leaders on the activities of these federal government officials and agencies which may precipitate civil war if not called to order to stop their widespread deployment of hate speeches against political opposition.”

The Rights group said that “indeed Nigeria is sitting precariously under the time bombs which may explode any time soon except and unless sufficient pressures are brough to bear on President Muhammadu Buhari to behave like a President and allow institutions of government to work in accordance with their constitutional mandates and desist from using these institutions as political attack dogs.”

Join the Infinix Note10 Caravan on Tour in Your City!

Become a Star like Twist Berry in the Infinix StormX 2.0 Edition