With two marked rectangular boxes for each team, each rectangular box had a large bucket of coloured water and ten small silver cups. The teams were required to fill as much of the silver cups as possible in the frame of five minutes.

The Challenge involved the Housemates climbing Biggie’s ‘obstacles’. Using their carefully thought out strategies, each team had to fill the silver cups one at a time. Following Biggie’s rules, each cup had to be filled to the brim before the team could proceed to the next cup – all to be done within the marked box.

Biggie’s Ninjas came through with Task aids for the Pepper Dem Gang. For this Challenge, teaspoons were provided for the purpose of transporting the water. 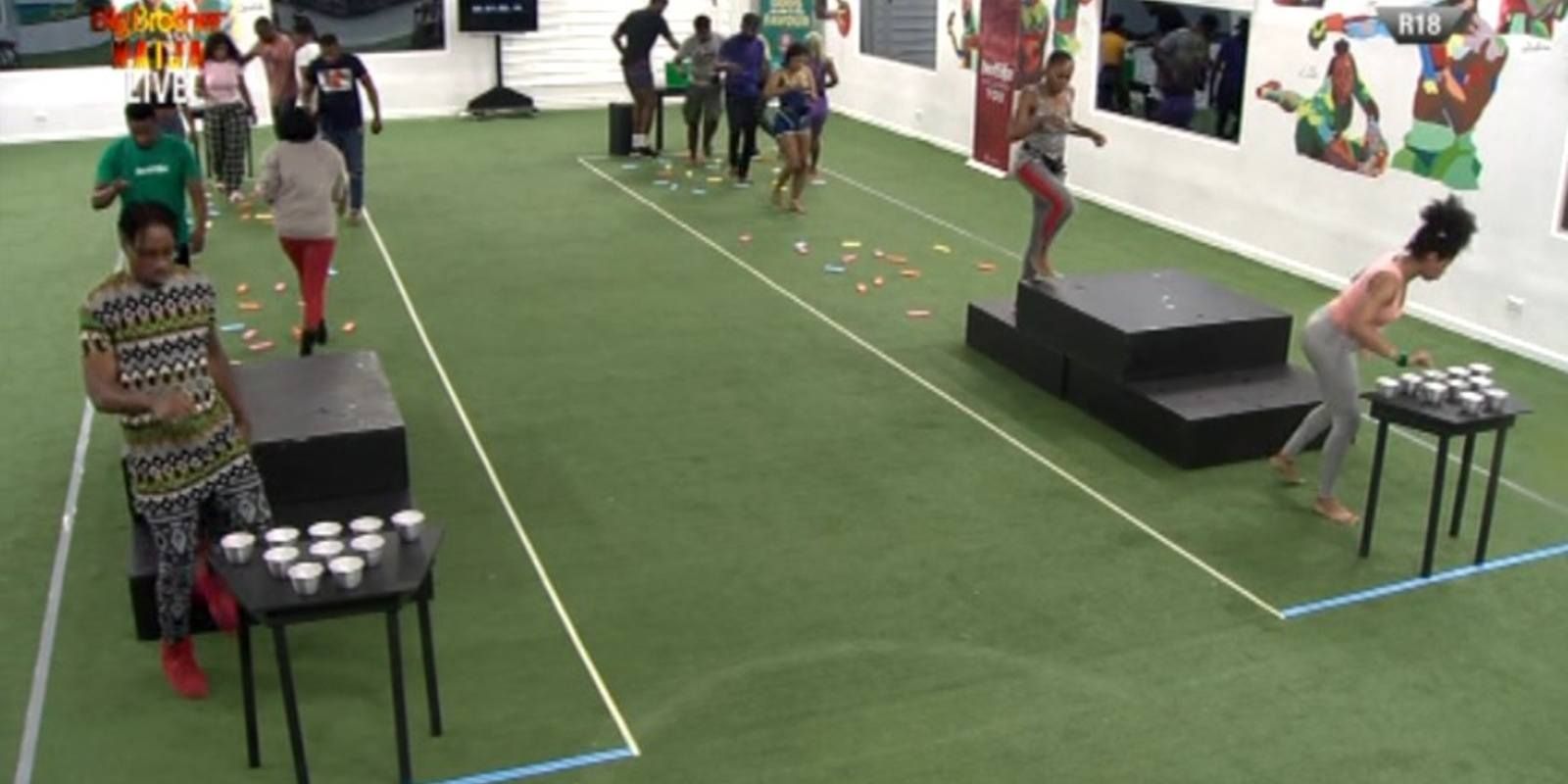 As the team with the fuller cup, The Icons won tonight’s Nomination Challenge. For this reason, the Cruisetopia team are automatically facing Eviction this week, with the exception of Esther – as the Head of House.

However, Elozonam armed with the Veto Power Holder title was given twenty seconds to Save a Nominated Housemate and Replace with another.

Using this special power, Elozonam Saved Venita and replaced her with Frodd.

This means Mike, Seyi, Diane, Gedoni, Mercy, Jackye and Frodd are all up for evictions.

Join the Infinix Note10 Caravan on Tour in Your City!

Become a Star like Twist Berry in the Infinix StormX 2.0 Edition